Areas of Practice of the attorney at law / Litigation

Civil Litigation in Russia: some aspects of human rights protection and access to justice

Coming back Mr. Fernando Pelaez-Pier words: “As we render our professional services in our day-to-day practice we are here to serve and to promote human rights and the rule of law” (International Lawyers: what we are not what we do. International Bar News, February 2010, Vol. 64, No 1), I would like to add that whether or not the judiciary is effective in your jurisdiction or you deplore the one, there is or no the rule of law in the jurisdiction, you have to complicit in helping people to protect human rights and in accessing to justice. And if you do the work honestly, people will be increasingly conscious about the problems with human rights and the rule of law and it may have changed the situation.

The public record witnesses about ineffectiveness of Russian judiciary, even the President and other top officials speak about. And, when we say about protection of civil rights through civil litigation in Russia, it is arising the matter of access to justice and understanding nature of justice itself into judiciary because of after citizens’ experience of civil rights protection in the national courts, the huge number their appeals has been floating to the European Court of Human Rights. Moreover, absence of the legal standards of human and civil rights protection by harsh law enforcement, leads people to rely on informal ways of solving civil disputes, which often are corruptive.

By the way, in case you were wondering, to be a judge in Russia, don’t need to have any advocacy qualification. Judges of the lower courts are stuffed by former secretaries, deputies of judges, legal advisers of municipals and enforcers of the public prosecutor offices who passed the judges exams and appointed by the President on the advice of the Supreme Court. Obviously, this trend is reflected in questions about sufficient transparency of independence and quality of justice.

Actually, the most bulk of the civil litigation work is performed according to the locus standi laid down by the rules of the Civil Process Code of Russian Federation (CPC), at the courts of the peace that have a limited civil jurisdiction, but the chief lower courts for the trial of civil disputes, first of all, are the town courts and the district courts of cities. Judicial review of the courts of the peace’ judgments are exercised by the town courts and the district courts of cities by appellate procedure. But whenever the town court or the district court of city fails to observe the rules of positive law or makes an important procedural error, a plaintiff, defendant or their representatives may apply to the regional (oblast) court to review the decision by cassation. A huge number of civil cases are entered in the cassation courts and heard in these courts annually.

The civil litigation proceedings are “paper” proceedings though civil law remedies are effective only where the ones are enforced according to the rules of the CPC, in particularly, in relation to terms of reasoned judgment making, delivering of the disputed first judgment to the court of appellate jurisdiction or the court of cassation, judgment enforcement and etc. In fact, there is a detailed written process’ terms set up by the CPC but problems with lengthy of pendency can arise even when the hearing was closed. For example, under the article 230 of the CPC the minutes of the case hearing must be drew up and signed by the judge not later than three days after the court session was closed. However, even after the one was closed, you can have waited the minutes for weeks or months in order to make the motivated appeal for the award. Of course, you couldn’t have got the judicial award as well, although under the article 199 of the CPC the reasoned judgment must be drew up for five days since the hearing on the merits was closed and the award is made. And that isn’t deadline, the procedure may be lengthy. According to the articles 320, 337 of the CPC an appeal lies to the appellate court or the court of cassation via the court that awarded. But the lower court could not have handed an appeal over to the court of second instance in appropriate term. I should like to mention, as an example, a couple of facts from my practice. I have complained to the Chairman of Tver Oblast court three times for the last six months about red-taping with handing over of two civil cases to trial in the court of cassation from the lower court, and red-taping of the reasoned judgment making that must be appealed. My three clients are being aged and invalids so these departures in procedure, to be exact, judicial red-taping had been affected their rights, was more than just defects of proceedings.

To the top of article "Civil Litigation in Russia: some aspects of human rights protection and access to justice" 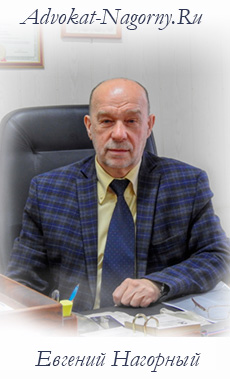